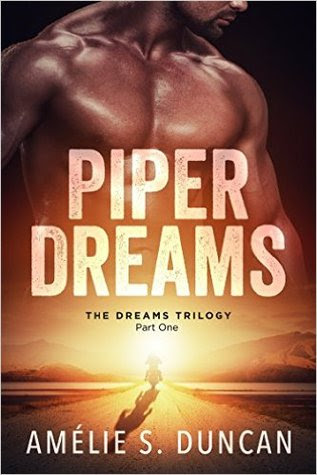 
She needs an adventure.
He’s looking for an escape.
Together, they just might find what they both need.
Journalist hopeful, Piper Rowe is searching for a story–the perfect lead to get her a coveted spot on a prestigious journalism team. Running into a cross-country biker group just might be the serendipitous happening she needs.
The only problem?
The sexy and protective gatekeeper, Brody Whitehurst doesn’t want her tagging along, refusing to let her document the trip. But after a threatening altercation riles him, Brody relents, suddenly feeling the need to protect Piper. As Piper and Brody begin their quest to realize their dreams, they discover running is never the answer. Can two people, one with a broken past, one with an uncertain future, find what they’re looking for on the open road?
This is Part One of a Three Part Contemporary Romance Trilogy. This story contains adult situations, themes, and explicit sexual content. 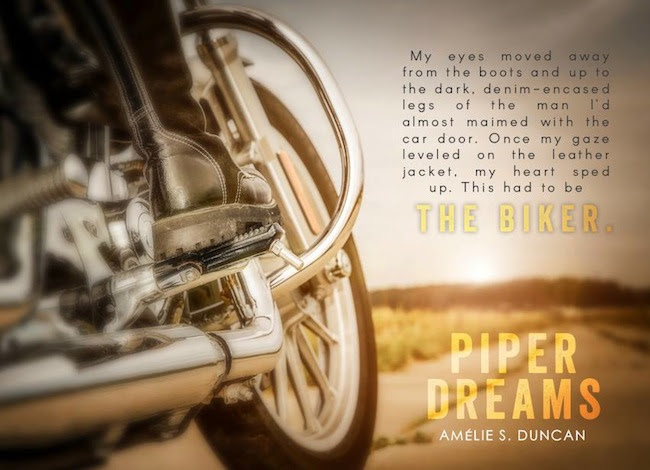 —
EXCERPT:
“You think you’re too good for me?” he gritted.
I glared at him. Where the hell did that come from? I wanted to get away from him and to try to deflate whatever this was turning into. “No. I don’t, but don’t you already have someone waiting for you?”
“Why not you? Can’t you be waiting for me?” he said tightening his hold.
“Let go,” I said, my tone sharp.
“What if I don’t?” he said running his free hand over my hip.
I was stone cold sober now and had had about enough of Taylor. I twisted toward him and kneed him hard in the groin.
He bent but recovered quickly enough to grab both my arms roughly. “Why the fuck did you do that, bitch?” he said, shaking me.
I twisted around quickly and broke his hold. I let out a yell.
“Hey.” His eyes darted around.
This time, he wasn’t fast enough, or maybe he caught me at the end of this terrible day. I became a whirlwind of kicks, bites, and scratches. It was something my mother and father had taught me to do if someone ever tried to attack me.
“Fuck, that hurts,” he griped, shoving me away from him.
My back hit the wood panel wall, but it might as well have been the ropes in a boxing ring. I sprung forward ready to have at him again, but someone grabbed him first, slamming him hard against the space next to me. He twisted Taylor’s arm high up behind him.
“Hey, I was trying to get away. She was the one hurting me,” Taylor moaned between wheezed breaths.
“Asshole.” I spat at him, and my foot flew out and connected with his shin. That brought on a slew of nasty name-calling from his mouth. But coming from him, I didn’t care.
“I should let her continue kicking your ass.” A deep voice growled out.
I finally stepped back and looked at my defender, and my adrenaline surged. It was none other than Brody. His wild eyes stood out from the carved features of his face. His black t-shirt was slightly askew, showing off a beautifully etched tribal tattoo as his strong muscular arms held Taylor in place.
“I’m sorry, Piper. I’m going to leave. Please,” Taylor said, interrupting my gawking.
Brody tweaked his arm as he looked at me, and Taylor cried out.
I glowered at Taylor. “If he lets you go, you best get the hell out of here.”
“If I see you when I step back in there, I’ll fucking break your arm,” Brody added, shoving him hard. It didn’t stop Taylor from getting up from where he landed and running down the hall.
My adrenaline rush drained fast, and I leaned against the wall and sunk to my knees. I could feel the air on my left shoulder letting me know my shirt was stretched. I was probably flashing my bra, but I sat there, frozen to the spot. My hands were trembling. I saw Brody’s jeans appear in front of me.
“He’s gone,” he whispered.
His hands slowly moved to my thigh and gently took my hands in his. A blanket of goosebumps broke across my skin. His hands were large enough to cover mine. They were slightly calloused and warm. I found them soothing.
“I’m alright. I just didn’t expect that,” I rasped, taking in a shallow breath.
He carefully let go of one of my hands and quietly eased my shirt back on my shoulder. Then took my hands again, holding them and rubbing his thumb against the back of them. Sensations coursed through my body. I flicked my eyes up to his and my lips parted. His eyes were soft and framed in a thick layer of lashes. I gasped. Heady. He was stunning.
He leaned close to my ear. “Are you okay?”
I nodded and inhaled his scent. He smelled of cologne and polished leather.
“Thank you,” I whispered.
“I didn’t do much. You kicked his ass,” Brody said against my ear.
I laughed. I was feeling better and turned my head to tell him. I moved too fast and collided with his chin. “Sorry,” I said reaching over to soothe it, but he was on his feet.
“Haven’t learned my lesson eh, Sprite?” He laughed and rubbed his jaw.
I sucked on my bottom lip and apologized again. He gave me a smile that showed off his dimples, and it sent a shiver up my spine. He held out his hand again, and I clasped it and climbed to my feet. 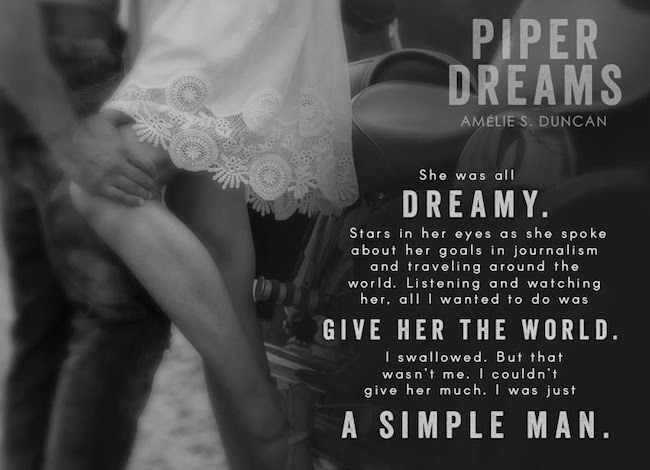